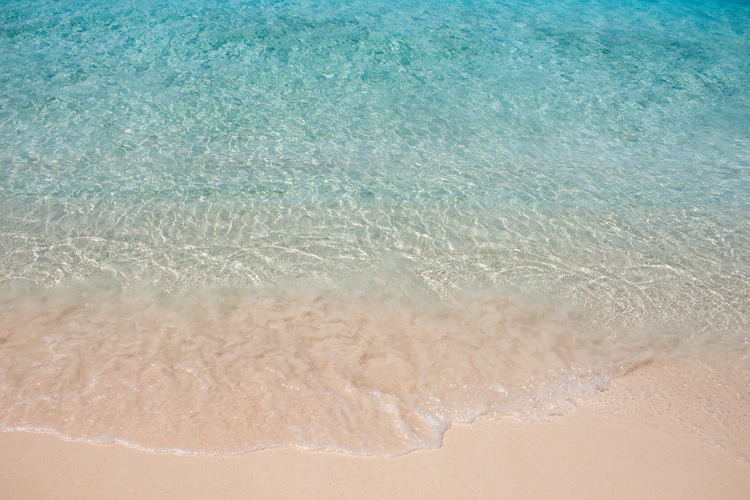 Papiamento is a Creole language that contains elements of Spanish, Portuguese, Dutch, English and French, as well as Arawakan and African languages. It is primarily spoken in the lower Caribbean islands of Aruba, Bonaire and Curaçao also known as the ABC islands. Papiamento is spoken by around 400.000 people worldwide but centered on these touristic paradises and in the Netherlands through their diaspora. Only these 3 places in the whole world speak Papiamento, indeed a secret language.

The ABC islands all fall under the Kingdom of the Netherlands and as such, learn Dutch from a young age through the Dutch education system. However, the mother-tongue remains Papiamento. It is important to know that Papiamentu is indeed a language, not a dialect, and evolved from several older languages as most languages today have done.

If you are learning French, we are sure that you listen to some songs in French. And if you don’t, you definitely should! Why? Well, because throughout French songs and listening to French music in general, you will be able to read the lyrics and to hear the right vocabulary’s pronunciation! We all know how much people struggle with French pronunciation; that’s why we think that French songs can be so useful.

This French song by Maître Gims was really popular in 2015. You can already find a French argot in its title. The French expression used here is ”se saper”, that means “s’habiller, mettre ses habits”, so “to dress up”. The title of this song means to be dressed in its best dresses.

It’s well known that Mexican people speak Spanish. But why Spanish? Is it the official language? It’s not! Moreover, Mexico doesn’t even have an official language! But indeed, one of the most spoken languages in Mexico is the Spanish one, followed by Náhuatl. And what is the Náhuatl language? It’s the most spoken Indigenous language being in front of more than 60 other Indigenous languages spoken today in this country.

You’re already lost? Okay, let’s make a review of Mexican history, you’ll understand better what languages are spoken in Mexico today and why.

Once upon a time in Mexico…

Let’s go through Mexican history from the Maya period to the 21st century.

The Maya were people who lived in actual Mexico and Central America between 1200 BC and 400 AC. They reached the peak of their civilization between 600 and 800 AC when they were living in Palenque, Mexico.

Toltec people, another Indigenous civilisation, decided to become sedentary and to live near Tuta, the Mexican capital in 900 AC. In 980, both civilizations were unified in Yucatan and changed the capital of Mexico, in 1200, for Mayapan, located in the same area.

Aztec people set up in the Texcoco lake, this place became their capital: Tenochtitlan (the actual Mexico city) in 1325. Those three civilizations formed the triple alliance in 1428 when the Aztec empire reign began. In fact, in 1441 the old capital Mapayan collapsed.

MEMES are one of the subjects that most young people like to talk about because they are so popular and influential all over the world, you can find them in all languages, designed for everybody – even the elderly. You can find them everywhere: on Instagram, Facebook, Twitter, Pinterest, and there are even platforms designed for this kind of content, where people post memes, which eventually reach one of the social media sites listed above.

What’s the deal with memes?

Indeed, how did this even become a worldwide phenomenon? Let’s begin with a short introduction about it. According to Wikipedia, a meme is an idea, behaviour, or style that comes to life through imitation and carries some kind of symbolistic value. The word itself first appeared in a 1976 book written by Richard Dawkins (The Selfish Gene), in which he described a meme as a self-replicating unit of transmission, in biological terms. Practically, it has the same principle as today, but it was back then used to define a different purpose. However, the first visual representation of a meme appeared during World War II in a graffito called “Kilroy was here”.  It became quite popular in the US because it was associated with GIs (initials used for the US soldiers) depicting a  bald-headed man with a prominent nose peeking over a wall with his fingers clutching the wall. But, if I were to talk about <strong>memes</strong> as they are today, well they became most popular with the development of the internet and computers in general.

If you are learning English, we are sure that you listen to some songs in English. They can be English or American songs, but we are almost sure that when you sang one of those songs, you ran into some English idioms.

In this article, we will talk about some English idioms or English expressions that were used in some songs in English and we will discover the origins about those idioms so that you will be able not only to sing those songs but also to understand what they say!

Have you ever wished – in the middle of a conversation – that there was a word that could describe that one specific concept you have in mind, instead of having to explain it with a full articulate sentence? Yes, we know about that frustrating feeling. But don’t be desperate, because chances are high that that specific word you think of does exist in another language.

Every language develops by itself and creates new words according to the speakers’ needs. It is known that these days a new word is coined every 98 minutes: can you believe it? Every two episodes of the TV show you’re currently watching, or at the end of every football match, a new word is created!!! Mind-blowing, huh?

Now that we have hopefully triggered your interest in words and neologisms, we wanted to talk about a specific topic that fascinates us immensely. That is untranslatable words.

You might wonder what they are, and how on earth it is possible for a word not to have a natural correspondence in any other language. You see, as translators, we constantly seek for the chance to find the most accurate and effective way to translate one term, concept or sentence from one language to another. We’re willing to change the subject, register, and use different synonyms to provide the most effective translation taking into consideration not only the words per se but even the cultural background that lies behind the words themselves. But we also know that no translation can be 100% perfect, and that in some cases it is rather impossible to convey the same exact meaning from one source language to a target language. This is most definitely the case when we speak of untranslatable words.

Just like English and Spanish, the French language can be very different from one country to the other. This article is here to help you understand how French can be different in other French-speaking countries such as Canada, Belgium or Switzerland. Get acquainted with the most used words or idioms and understand some funny bickering between France and other French-speaking countries!


Why is French different…

If you know your geography well, you have probably noticed that Quebec is quite far from France (compared to Belgium or Switzerland), and that just as the United States it was colonised. Quebec is not a country, it’s a province that belongs to Canada. Canada has English and French as its official languages. In 1534, the explorer Jacques Cartier claimed the land in the name of King Francis I of France, and thus New France (the former name of Quebec) was born. In 1763, after losing a battle, the French empire was forced to cease its land to the British empire, and from then on the language evolved differently. Something funny about the Canadian language is that it seems to be closer to the French language of the 17th century. Indeed, before that, the French from France and all the settlers that came to New France spoke exactly the same French. That is to say, they did not pronounce every syllable of the words. After the 17th century, France decided that the French had to pronounce every syllable and Quebeckers continued to speak French as they used to!

Wherever you are in the world, we know for sure that the moment you turn the TV on, you are bombarded with tragic news about the current situation regarding Coronavirus. We believe that every social media is soaked enough with information about this topic, so we won’t give you any more detail about it.

On the contrary, we’d like to try to take your mind off it and provide you with some ways to kill your time during this boring and draining lockdown. At the end of the day, who says you can’t enrich yourself and make the most out of your time even if you’re stuck inside your house? In fact, you can still have access to a great number of entertaining resources from there.

In contrast, it’s true that they both share the mile system, but it is actually the only measurement system that they have in common! In short, it can be said that the two countries are divided by a common language! All of these points will be developed in this article (among many others), so if you’re interested to discover all the differences, they will be listed below!